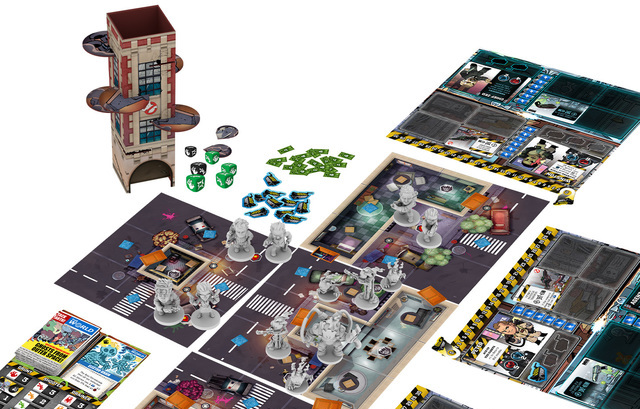 About Ghostbusters X Men in Black

Ghostbusters X Men In Black: Ecto-Terrestrial Invasion is a scenario driven cooperative miniatures game that pairs New York's foremost protection agencies together to fight a threat unlike any they've seen before. Published by IDW Games and designed by Panda Cult Games, each player plays a team of one Ghostbuster and MIB agent working to fight off the new Ecto-Terrestrial threat. All teams work together to combat the ET threat, but still compete with each other for who will get the glory of being Employee Of The Week.

Development on Ghostbusters X Men In Black: Ecto-Terrestrial Invasion was focused on ensuring the quality, learnability, and usability of game rules, scenario content, and game components. Brieger Creative was brought in at a late stage, after initial graphic design and art direction were complete. We rigorously playtested each of the 10 scenarios and analysed all of the game content including the flow of the campaign. While the game was conceptually very strong when we received it, we were still able to polish away many of the rules edge cases and hiccups that occurred from stretching the core rules over a variety of scenarios.

The game features a campaign where players can play 6 linked scenarios where their team gains new equipment, and weapons that persist over the entire campaign. Our developers rebalanced that content to ensure players felt incentivized to compete with each other for Employee Of The Week, while still not allowing too much of a power imbalance between players as the campaign progressed.

Our team also added a solo mode to the game. This required us to identify all the semi-cooperative content in the game, and come up with gameplay solutions that kept the feel of the core game when that content was removed. 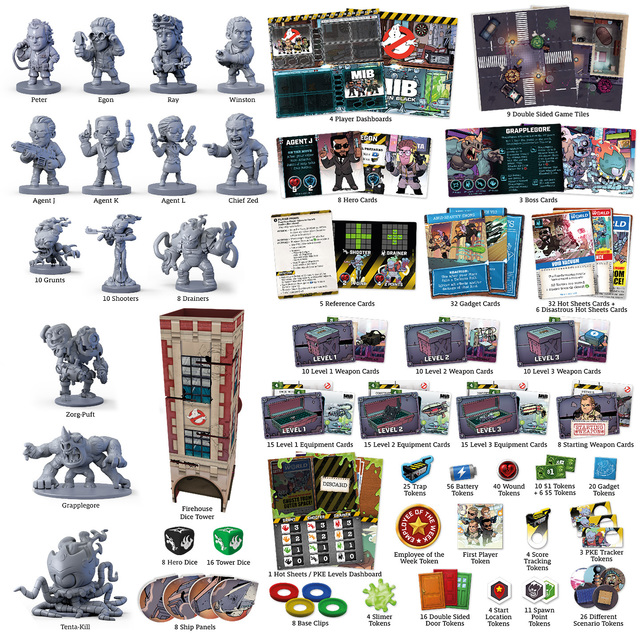 On our initial review of Ghostbusters X Men In Black: Ecto-Terrestrial Invasion it became clear that the already designed token punchboards were missing several tokens needed for the game, specifically the game needed over a dozen more battery tokens. In order to fit the necessary tokens onto the existing punch sheets we approached the problem from several directions. First we reviewed all the existing tokens against the requirements for each scenario to identify any extra components that could be removed. Next we reviewed the game's double-sided objective tokens, which we were able to cut several of by optimizing how the fronts and backs of each were paired.

We also reduced the number of battery tokens that were needed for the game overall by analyzing and adjusting some of the equipment cards that introduced additional batteries into the game. In the end we were able to recommend removing seven larger tokens to make room for the minimum necessary 14 battery tokens. This allowed the publisher to provide all the necessary components to cover any gameplay without adding anything to their production cost.